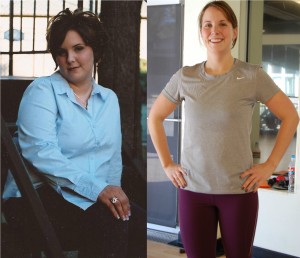 Katii Moore Before and After

Hope you’re having a great day after Christmas.

Because of all the planning and moves we’ve been making, December hasn’t been the month of reflection on the year past that it could have been.

But I believe I can point to a if not the critical success factor that’s really stood out this year.

That’s the power of social support to your success.

To dismiss social support as critically important to your success is like saying, “I want to lose weight-but not change the way I’ve been eating (that got me here)”

You’re setting yourself up for failure.

It’s all part of the deal.

But to stack the deck in your favor you’ve got to get people on your side. You can recruit them, convince them or find a bunch of them that are already together and join them.

It doesn’t matter how you get it.

As long as you get it.

The opposite of support “trying it on my own” does not work.

Every success story I have has a string of failed “on my own attempts” and it sucks to be on your own.

The research on this has proven over and over again how critical support is to long term weight loss and fitness success.

Look at everything that involves learning new behaviors, thoughts and skills. What is the critical sameness in their structure?

This is not by accident.

This structure works because you have to have support.

Through your entire life You’re always surrounded by like minded people with similar or complimentary goals.

Why would getting in shape be any different?

Look at the common characteristics of these programs-

-P90X/ Insanity/Beach Body-added online support groups when they realized-not having support was killing their in-home (“on your own”) program.

That’s why I’m thrilled when friends, family, or co-workers show up to join together-I know they’re going to do well.

The more support you have or get the better you’ll do-you’ll be more consistent, see better results faster, and struggle less.

This is a, critical key to your success.

It’s not the program-it’s the people.

In an environment where you can be recognized and rewarded for the changes you’re making.

Keep that in mind this New Years when making your plan of action.

The people make all the difference.