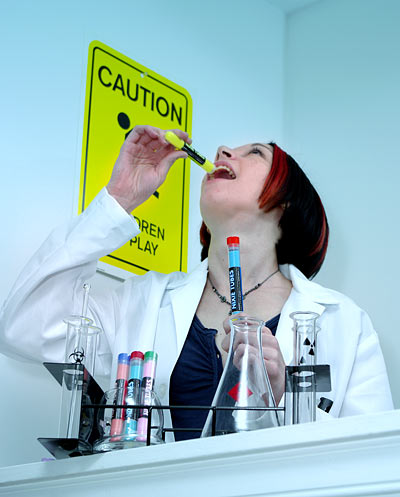 She did it for Science

How to Lose Up to 28 Pounds by Doing Nothing?

But first a qualifying statement for those who don’t know me well. – I don’t believe health and fitness can be found in pill a powder or a potion. But I believe in delivering the most cutting edge information to help you lose fat quickly. So here it is-

I just had to tell you about research I’ve come across on a particular supplement.

It’s a West African herb and so far it’s showing some VERY promising results when it comes to reaching a healthy weight.

You probably haven’t heard about it. Which is weird because you’d think the media would be all OVER it.

At any rate, here is the study I came across…

It was published in the journal Lipids in Health and Disease. [1]

Researchers recruited both overweight andobese people to participate in the study. They were divided into two groups.

The first group supplemented with 150mg of Irvingia twice a day.

The second group was given a placebo.

Both groups maintained the SAME diet and amount of physical exercise.

The study lasted ten weeks and at the start of the study, researchers measured starting body weight and the following

And hang onto your hat… because the Irvingia group’s ending blood tests were just as amazing.

All in less than 3 months!

More human studies need to be done, to be sure. But so far, it looks very promising.

For example, another study investigated the effect of Irvingia on rats that were made to have diabetes. One single oral dose of Irvingia lowered the rats’ plasma glucose just two hours after it was administered. [2]

And yet another double-blind human study recruited forty participants. Again, they were divided into two groups.

One received Irvingia while the other received a placebo. Both groups maintained their normal caloric intake.

You can most likely find Irvingia extract at your ocal heath food store. I’d suggest taking the amount used in the first study I mentioned, which is 150mg, twice daily.

One caveat: no matter how incredible a supplement is, don’t let that be an excuse to overeat or continue the bad habits that got you to where you are in the first place.

Taking Irvingia should only be used as a supplement to eating right and exercising, not as an excuse to let yourself eat bad food and not move very much.

That would just be a recipe for disaster… and I don’t want that happening to you.

So that’s your “Halloween Treat” for this month.

Eat clean, train hard and consistently, support those around you and enjoy the upcoming month and have some fun!

And by the way … if you’re serious about taking your overall health and fitness to the next level, why not take advantage of your FREE Fitness Consultation? (an $87 value) During this consult, you’ll receive detailed information on how to get fit and trim that’s tailored to YOUR body.

There’s no obligation and it’s totally and completely free.