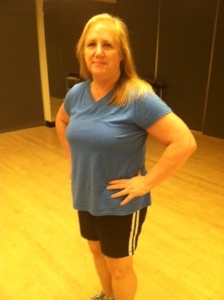 Hope you’re having a great day!

One of my (many) weird quirks is I just don’t watch football, baseball or really any sports. I’m just not much of a spectator.

Even with my aversion to football I do pay attention to these players and people playing at the highest levels and their mindsets and habits.

This past weekend Peyton Manning crossed the line of throwing more touchdowns than anyone in NFL history with 510.

If he keeps at this pace and plays through his current contract through 2016, he might pass 600 touchdowns.
That’s CRAZY!

But it hasn’t been just one long easy ride to glory.

His story is interesting and instructive…

In March 2012 he was cut by the Colts after 4 surgeries to his neck(including spinal fusion surgery) caused him to miss an entire season.

The Broncos picked him up and signed him to a five-year contract.

So he’s fired by the team he’s played with since his rookie season for 13 years.

Has another more involved neck surgery requiring fusion of his vertebra.

He bounces around for a couple of weeks unsigned trying out for NFL teams, like a rookie walk-on.

And comes back in his late 30’s to break the all-time touchdown record.

So what does this have to do with your weight loss and fitness program?

Can you imagine being in your late 30’s, a Hall of Fame placement secure, millions in the bank, having 4 surgeries to your neck, and being very publicly fired and humiliated by a team you’d been loyal to for 13 years?

Peyton Manning had every reason to QUIT. No one would have ever questioned his decision if he had quit…
Except himself.

And we’ve ALL BEEN THERE!

Hey, you tried a Zumba class and didn’t lose any weight….

Hey, you tried the latest Dr Oz supplement and didn’t drop a pound…

Hey, you joined a gym went religiously for a month and looked exactly like you did when you started…

Hey, you started eating healthy for a week until that weekend party destroyed you and you never got back on track…

Go ahead and quit. You tried. You gave it your BEST shot and put everything into it….People will understand.

But will you understand?

Will you let it go?

Or will you continue to wonder…

What if you’d just kept going?

If you’d locked it down, set your alarm and had shown up to boot camp again.

Or started that food journal and really stuck with it.

Got away from that friend that doesn’t really want you to improve.

Would your weight loss begin again? Would you feel better about yourself?

We all have excuses and reasons to quit.

But do you fall and get back up?

Do you have 4 neck surgeries and keep throwing touchdowns?

Do you keep SHOWING UP?

You can do this. I believe in you.