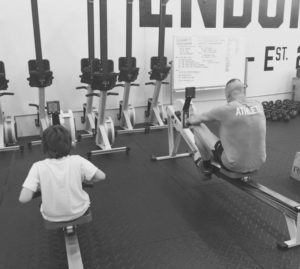 When you’re out and about do you notice the number of overweight children there are today?

Not merely growth spurt chubby that they grow into, then gain again and grow into that too.

It’s really out of control and the majority of the time these children have at least one overweight parent with them.

Sometimes when we’re looking for motivation we have to look outside of ourself.

I’ve lost count of the number of Moms I’ve worked with that have mentioned setting a good example for their kids was a primary driver.

I get Dads too. Either they don’t want to be the fat Dad at the game who can’t keep up with their kids.

Or they’ve realized that getting winded going up a flight of stairs and having a new born at home is a bad situation.

They have to be around and want to set a good example.

This weekend my oldest son went to the gym with me on Friday night. 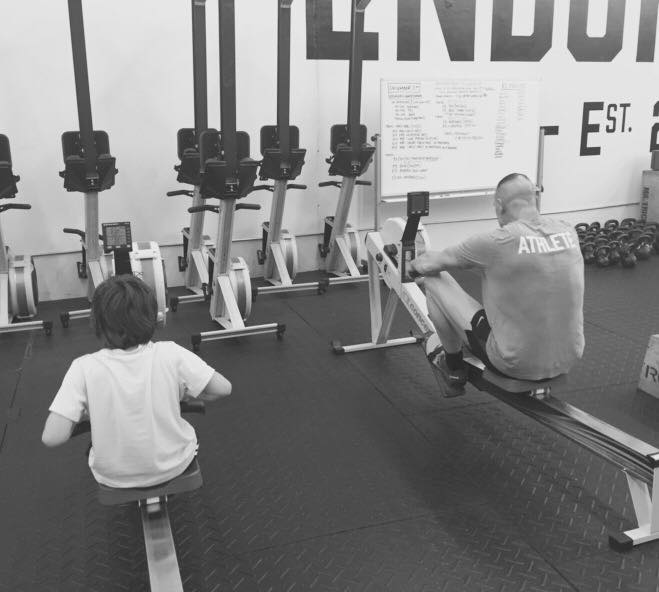 He’s only 8 a little young for organized exercise, but he’s used to martial arts and following a coach.

He wanted to do this with me and my workout partner.

Gabriel was very “I want to do this!”

Then when our coach started setting up equipment for him and getting him in place.

He looked over at me and he was shaking.

The realization that he really was going to do this hit him.

Then our Coach said GO!

And we started our first 30 second set.

From that point on he was just fine.

It was scary at first then the action alleviates the anxiety.

40 minutes later we were dona and he just said “That was Awesome!”

And it was. Probably more for me than for him.

I know as a parent you’re super-busy most Moms are right on the edge of overwhelm some days.

Just a reminder that there are 2 reasons to workout when you have kids.

1) For you so you can physically keep up with them.

No parent likes to go to the beach or to ski and can’t participate with their kids because they’re so physically out of shape.

And to have the stamina to be present with them even after a long day.

This is the part most of us miss.

They’re watching us and out actions. Its hard for them to believe “You need to eat healthy” when all they see is fast food.

Or go outside and play when they’ve never seen one of their parents physically active.

I know it’s easier for me, this is literally what I do for a living. And doing what I do does keep me from hitting the drive thru and the kids expect me to be active.

But the desire to set a good example is universal.

Dave
P.s. If you’d like to get a jump start on the New Year we can help. Get the accountability, coaching, workouts, meal plans, and support you need.
Start Here=>Free Consult