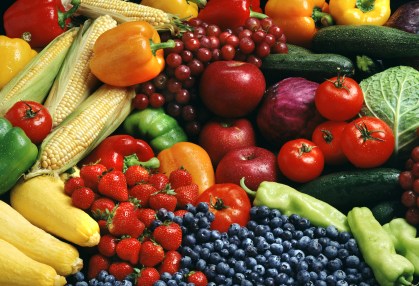 I’ve just come across a 2011 study published in The Journal of Clinical Nutrition that suggests being boring with your food choices can help you lose the pounds. [1]

For this study, researchers set out to investigate ong-term food habituation in obese and non-obese people.

So we’re on the same page, let me give you a brief explanation of what habituation is.

Simply put, it’s when a repeated action no longer produces the same result.

A quick example… do you drink coffee?

If so, you can probably think back to the time when you tried your first cup of joe. Chances are you felt jittery, and maybe even felt your heart beat a little faster.

But if you kept on drinking coffee, chances are you felt that kind of reaction less and less. And you’ve probably noticed that the more coffee you drink, the more it takes for you to stay “awake” and get the effects of the caffeine.

This is habituation. Your body’s receptors become less responsive to the caffeine, so it takes more of it to get a response.

So this study wanted to see what happens when you’re exposed to the same food, again and again.

The researchers in this study recruited 32 women.

Half were obese and the other half were not. They were randomly divided into two groups:

Group 1 was the “Weekly Group.” This group of women participated in once-a-week experimental food exposure. This lasted for five weeks.

Group 2 was the “Daily Group.” They participated in the same experimental food exposure for just five consecutive days.

During the experimental food exposure sessions, the women were asked to complete a series of tasks, after which they were given a 125-calorie portion of macaroni and cheese.

The women were allowed to complete more tasks in order to receive more food, with no limit placed on how much more food they could “work” for.

As you may have guessed, the “Weekly Group” increased their total caloric intake by almost 30 calories a day.

The “Daily Group” decreased their caloric intake by 100-calories a day.

Also, it’s important to note that there were no significant differences in how obese women responded versus non-obese participants.

This study suggests what many of us have suspected… making the same food choices on a regular basis will help you eat less!

Sure, it might be a little boring. But if your goal is to lose weight this coming year and get in the best shape of your life, it might be worth your while. For a while.

Plus, if you analyze most people who successfully make a dramatic physique transformation, you’ll find that the majority of them eat the same foods day in and day out.

Once you’re in “maintenance” mode, then you can go back to putting in a little more variety and mix things up accordingly.