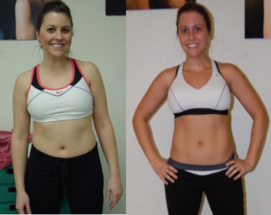 “There are real and self-imposed limits that masquerade as real limits. You have to be able to tell the difference and refuse to be governed by false limits. Further, others will attempt to impose limits by their opinions. Screw’em your opinion of you is far more important than anyone else’s or even everyone else’s”
-Dan Kennedy

There’s not one factor that has been more powerful in keeping the majority of people OUT of shape, than this one thing.

The opinions of other people.

Oh I’ll be the fattest person in there, what will they think?

I can’t keep up with all of them, what will they think?

I’ll die of embarrassment just getting out of my car, what will they think?

I can’t tell my co-workers I’m not eating that garbage everyday, what will they think?

I can’t tell everyone in my office I have to leave at 5pm to go workout, what will they think?

I can’t tell anyone I hired a fitness coach to help me get this weight off faster, what will they think?

“What will they think” has kept more people OUT of shape than all the McDonald, Arby’s, and Dominoes Pizza’s combined.

Supposedly coined by by actress Shirley MacLaine, the rule goes something like this:

“At 20, you are constantly worrying about what other people think of you.

At 40 you wake up and say, ‘I’m not going to give a damn what other people think anymore.’

And at 60 you realize no one is thinking about you at all.”

The most important piece of information here is this…

Nobody is thinking about you from the very beginning.

And I don’t want this to come across as harsh or insensitive it’s just an important fact that should be considered when you Don’t do what YOU WANT or NEED to DO because of theimagined opinion of other people.

Your boss is not thinking about you.

Your peers are not thinking about you.

You need to think about you.

And we’ve all been guilty of this.

There was a time when I worked as a consultant to other fitness coaches and their staffs.

I used to fret about  showing up to a client meeting after a long flight in a wrinkled suit.

I would be so concerned about what would would they think?

That’s when I realized one day. I’d never once been in a meeting where I thought “this person is here to help, and he’s delivering so much value to me …but his suit is a mess, so he must not be very good.”

That has NEVER happened. All that time wasted on the imagined opinion of others.

I did it. And shouldn’t have then.

And neither should you now.

Like Dan Kennedy points out. “YOUR opinion of YOU is far more important than anyone else’s or even everyone else’s”

Have a great week.