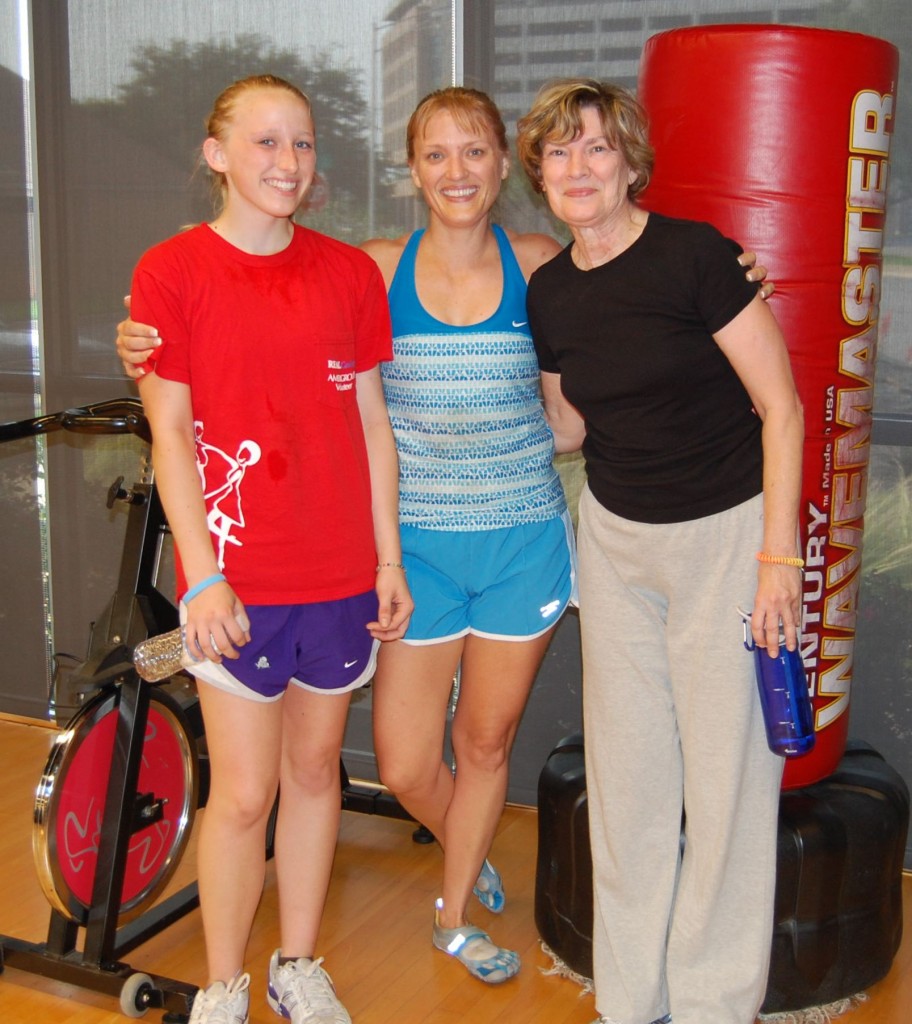 The Jenkins Family. 3 Generations training together.

The 4th principle of the Body Firm program is Coaching and Group Support.

There are reasons this is a foundational principle.

Don’t dismiss the power this has on your success.

Study after study has shown the power of support in helping people their goals. the more support-the better the chances of success.

The who you hang out with or are around most of the time.

The first time I heard about the power of association was from my dad.

My Dad who was a unapologetic hardcore alcoholic most of his life.

Only after the Air Force threatened to end his career and my mom divorced him. Did he finally seek help and stopped drinking in his 40’s.

After he’d been sober for a few years I asked him what the hardest part about giving up drinking had been.

He told me “I had to get a new set of friends”.

He explained that when he was drinking. All he had were friends that drank. Everything revolved around that pastime. And he didn’t really associate with anyone who didn’t drink a lot.

He had to get around people that had what he wanted. A full life that didn’t revolve around alcohol.

So he had to seek out new friends that even if they did drink socially, it didn’t consume their lives.

You cannot out-perform your most persistent
associations.

If you hang out with a bunch of people who don’t exercise, who do overeat, who don’t care about their health or their weight.

Then you’re going to have trouble out performing that on your own for any great length of time.

You’ll get sucked back into their habits and belief system quickly.

If you want to change your ingrained and strongest habits.

You’re going to need to actively seek out a different group of people.

Your most persistent associations will make or break you.

Remember it’s the “Who”-that matters most.