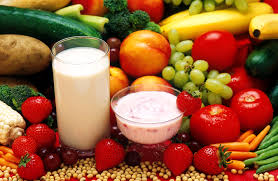 Working with new clients on their nutrition is probably the most challenging part of my job.

During the course of 1000’s of nutrition consults , I’ve learned simply no two people eat the same.

One rule I’ve learned is the more complex and involved the diet is the higher the failure rate.

The nutrition plan ABSOLUTELY MUST be simple and easy.

And there’s some recent research that backs this up.

Researchers wanted to get kids to eat more fruit.

Specifically, they thought the fact that the apples were being served whole, rather than sliced, was doing the fruits no favor.

And they were on to something.

A pilot study conducted at eight schools found that fruit consumption jumped by more than 60 percent when apples were served sliced.

And a follow-up study, conducted at six other schools, not only confirmed the finding, but further strengthened it:

“Both overall apple consumption and the percentage of students who ate more than half of the apple that was served to them were more than 70 percent higher at schools that served sliced apples.”

“It sounds simplistic, but even the simplest forms of inconvenience affect consumption,” said David Just, a professor of behavioral economics at Cornell, and one of the study’ author.

Simplicity and convenience is KEY.

Especially when attempting to establish new behaviors like changing your diet.

That’s why I recommend the same breakfast everyday and lunch too if it’s feasible.

Let dinner be your variety.

By setting up to eat the same breakfast and lunch you’re taking your willpower out of the equation and making it easier to stay on track.

Working out can be a challenge.

Staying on a healthy diet can be an even bigger challenge.

But you can increase your odds of success by keeping it simple and easy.

Dave
P.s. Get your body in the best Summer shape in less time than you thought possible.
Click here=>6 Week Summer Challenge